The saga of car leases expiring during the coronavirus pandemic has ensnared the likes of Jenna Figueroa.

Forced to work from her home in Southern California and driving less, she said she planned to share her husband’s car and return her leased Kia Sportage SUV. The week before the lease was set to end on April 11, Figueroa said, she called the dealership from which she leased the car to schedule a time to drop it off.

“They told me they didn’t have any spaces available because their lot is full,’’ said Figueroa, 34, who works for a hotel management company in Orange County. “They told me the only way I could do a lease return was if I leased a new car. They literally told me that was the only option I had.”

Stimulus check snafus: Some being sent to wrong accounts: ‘The bank account number is not even close’ 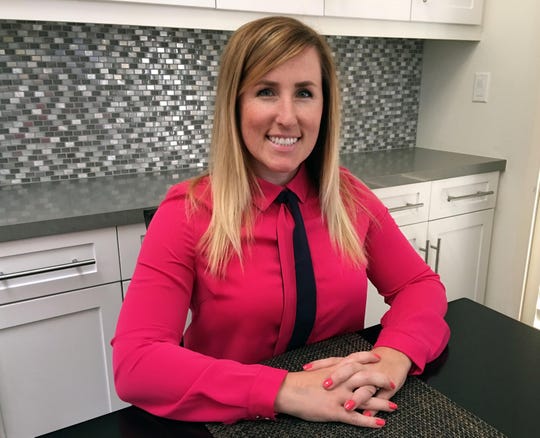 So, Figueroa called Kia Motors Finance and a representative told her the dealership must take the car back and agreed to call the dealership on her behalf.

“When (the representative) came back on the phone with me, she said the (dealership)  manager hung up on her so she didn’t know what to do,’’ said Figueroa, who provided copies of her email correspondence with the dealership and said she called two other Kia dealerships that refused to accept her lease return.

Robert Starr, an attorney in Los Angeles who represents consumers against the car industry, said the onus is on the finance company and he would argue that refusing to accept the lease return is not legal.

“When the lease is up, if the consumer says, ‘I want to return my car,’ and they say, ‘We won’t take it back,’ they’re absolutely breaching the contract,” Starr said.  It’s a flimsy excuse for lenders to say, “that the dealerships can’t take it back,” he said.

Kia did not reply to requests for comment sent by email to James Bell, director of corporate communications and social media at Kia Motors America.

Figueroa is one of 10 people interviewed by USA TODAY who said auto dealers and finance companies have made it difficult, if not impossible, to return leased cars during the coronavirus crisis. Several of those interviewed said dealers and finance companies, usually the manufacturers’ in-house lending arms, pressured them to accept lease extensions or to lease new cars.

With an average of 340,000 car leases set to expire each month as the economy struggles during the coronavirus crisis, industry experts told USA TODAY that automakers and their in-house finance companies have shifted the burden onto consumers by pushing for lease extensions or new leases.

Grudgingly, Figueroa said, she has kept her car insurance – at a cost of about $122 a month – for the leased Kia SUV she doesn’t want but fears she is liable for. She said Kia of Irvine has tentatively agreed to take her car back May 1 and she has received no written confirmation that a $14.95 daily late return fee will be waived.

“My husband and I have joked I should be billing them to store their car,’’ she said.

Jared Allen, a spokesman for the National Automobile Dealers Association (NADA), said turning in leased vehicles has “indeed been a difficult process for many consumers in those states that have placed severe restrictions – and in some cases, outright prohibitions – on dealership sales operations.”

“Many leasing companies have tried to work with consumers on lease extensions or other options in light of the pandemic,” added Allen, vice president of communications for NADA, “but of course an extension is not always the best option for every consumer.”

BMW, Volkswagen and Lexus – the other automakers and their finance companies, cited in this story – did not immediately respond to  requests for comment from USA Today.

‘You should be less selfish’

Pablo de Miranda, a software engineer San Jose, Calif., said the lease on his BMW expires later this month and he was told a free one-month lease extension was his only option when he spoke by phone last month to a BMW dealership employee. Miranda said he asked if BMW would reimburse him for car registration and insurance, typical costs associated with a lease extension.

The dealership employee “said BMW has nothing to do with the registration and insurance,’’ recalled Miranda, 38. “I told her in this case I didn’t want an extension. She replied to me: ‘Do you know we are in a pandemic? You should be less selfish and think about what’s going on in the country!’ ”

Miranda also provided copies of phone messages showing a BMW dealership employee asking if Miranda would like to come to the dealership and pick out a new vehicle but later said the dealership could not take back his 2017 BMW X3 sDrive.

About one-third of vehicles sold in the United States are leased and there are about 13 million active leases, according to Jessica Caldwell of Edmunds.com, an online resource for automotive information. She said about 4.1 million leases are expected to expire this year, or an average of about 340,000 per month.

“There’s a reason they’ll take your phone call if you want to extend your lease,’’ said David Bentson, who is founder and principal of Precision Automotive Group in the Chicago area and has worked in the auto industry for more than 20 years. “It’s because it’s in their best interest for you to hold onto that car and continue to pay for it.’’

Anthony Basich, who is managing director at carlease.com and began working in the car industry more than 20 years ago, said lease extensions give automakers and lenders time for the economy to rebound and for the leased cars to regain value before they are returned and resold.

“The reality is car dealers are always just pulling crap on people and trying to get away with what they can,’’ said Hal Rosner, an attorney in San Diego who represents consumers against the car industry. “It’s just the nature of the business.’’ 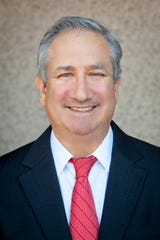 Michael Cordes of Mount Laurel, N.J., said his lease on a 2017 Volkswagen Tiguan ended Friday, April 10, and the car has been sitting in the street since he bought his wife a Volvo six weeks ago. His efforts to return the Tiguan to a Volkswagen dealership intensifed after the pandemic hit, according to Cordes.

The back-and-forth has continued to no avail, according to Cordes, who said he still is paying for insurance on the leased Tiguan. “We don’t want anything happen to the vehicle while it’s sitting in our possession,’’ he said.

Kristen Huntley of Mar Vista, Calif. said she got caught in a back-and-forth between VW Credit and the dealership in nearby Santa Monica where he leased her 2016 e-Golf.

“When you call customer service, they immediately offer you a lease extension,’’ she said. “Then I had to articulate multiple times, ‘Listen, I have another car. I don’t want this car.’ ”

After trying to arrange a drop-off from the dealership, Huntley received an email from the general manager, Tammy Weaver.

“We are currently not accepting lease returns as our sales and leasing dept is completely closed and we do not have staff to process that lease return,’’ Weaver wrote in an email provided by Huntley.

On Monday, Huntley said, she arranged to drop the car off at a Volkswagen in Alahambra, more than 20 miles from her house. Two days later, she got a voicemail from a VW Credit supervisor who said she was calling “to assist customers who need assistance with returning her vehicles.’’

On Thursday, she received a voicemail from another VW Credit supervisor saying, “I’m reaching out because we recently had a new process put into place. … I was calling to see if anybody had been in touch with you about picking up the car.”

Too late for Huntley, 46, a senior director of product for Disney+, who said before the email from VW arrived, “How can you be three weeks into this thing and have no idea what to do?”

According to Mason Trullinger, vice president of residual risk at Credit Union Leasing of America, problems stem from “the whole leasing ecosystem.”

“It’s just kind of on ice right now,’’ Trullinger said, “but we are already seeing things start to improve.”

Due to federal and state guidelines during the pandemic, many dealerships have kept open service departments to perform what is considered “essential” business and closed their sales department. Several consumers who spoke to USA TODAY said dealership employees told them they were unequipped to take leased car returns until the sales departments reopened.

Upon being returned to a dealership, many off-lease vehicles are transported to car auctions. The auctions have shifted almost exclusively online because of social distancing guidelines, and there has been a significant drop in sales and an increased overflow of vehicles at some dealerships.

“The whole ecosystem relies on people,’’ said Michael Sin, co-creator of leasehackr.com, who added, “I think most people have been OK with the lease extensions, to keep their existing cars, rather than to enter a new 36-month lease during these times.”

Earlier this month, Janet Barone of Ontario, New York told USA TODAY that she and her husband thought it was “incredible’’ when Lexus Financial sales rep offered to extend the lease on their 2016 Lexus NX by six months and waive payments for April and May.

“The only thing she asked me is, ‘Will you buy or lease another Lexus from us after this?’ ” said Barone, 69. ‘And I said, ‘Oh, absolutely.’ Not that we will, but they don’t know that.”

Shortly after an interview with USA TODAY, Barone said, Lexus Financial called and informed her the monthly payments of $269 for April and May would be deferred, not waived.

But Barone said the revised terms, which include the same monthly payments on the original lease, is better than having to lease another car. She said she would have needed another car because her husband drives their van for work.

Ira Rheingold, executive director of the National Association of Consumer Advocates, said he thinks extended leases might make sense for consumers who will need some form of transportation when their original lease expires.

But Miranda, the software engineer from San Jose who said he has been unable to return his leased BMW, is not among the satisfied customers. He recently posted a tweet directed at California attorney general Xavier Becerra suggesting it is time for an investigation.

@AGBecerra I don’t know why the AG office is not looking on @BMWUSA, which refuses to take lease returns unless you lease a new car! For lease return they say they are close, for a new car they allow you to visit the dealership! Very shade biz practice. pic.twitter.com/ef6Azd9fSj

If your car lease is set to expire during the coronavirus pandemic, you will have options and potential roadblocks. Hal Rosner, an attorney who has testified before Congress about the car industry, offered some of the following advice: