Steve Hofstetter had plans to tour the Northwest and Northeast beginning Thursday, but the coronavirus changed that.

So he turned to YouTube, his webcam and comedian pals to keep the funny flowing, looking to recreate the comedy club experience with two daily live streams, at 11 a.m. and 5 p.m. PT.

“There’s a lot of people sitting inside who need entertainment to keep them from going crazy,” says the comedian, who has a large following on YouTube (570,000 followers) and Facebook (300,000 followers.) “Eventually you’re going to run out of things to watch on Netflix.”

Hofstetter calls the show “The Social Distancing Social Club,” and it’s a hangout with him and other comics, taking questions from the audience and then performing for them, in their bedrooms, living rooms and offices. The shows are free, but he looks to bring in money for the comics with a virtual tip jar. Additionally, YouTube has tools to let fans get to the front of the line with their questions by paying $10.

“Performing without a live audience is weird, but so is the situation we’re in,” he says. “If we can’t get used to this, we’re not professional performers.”

Techwise, he’s using the Zoom conference call software to bring the comics together, and then the OBS software to stream the program to YouTube.

Some of the comedian pals include Hal Sparks, Ryan E. Miller, Allison Rosen and his co-hosts Chris Bowers and Ben Gleib.

“Part of the fun of this, is we’re all at home, and don’t want to pretend we’re not,” he says. “This will show a lot of people, we can be home and be OK.”

If the shows take off, Hofstetter foresees continuing them through the crisis. “I’ll have funny comedians and cool celebrities joining me, and I’m not keeping any of the proceeds – I’ll be giving it all away to comedians and event staff who have lost their ability to earn income because of this,” he said in an e-mail to fans. “And I will be picking one lucky winner each stream and sending them toilet paper! Kidding – I do not have nearly enough toilet paper to do that. Or last through April.”

On YouTube, stand-up comedy is a “new frontier” that he’s helped explore, one many comics don’t partake in because they don’t want to give up their material, Hofstetter says.

He posts ad-lib moments and dealing with hecklers from his shows. His most popular video on YouTube got over 6 million views. 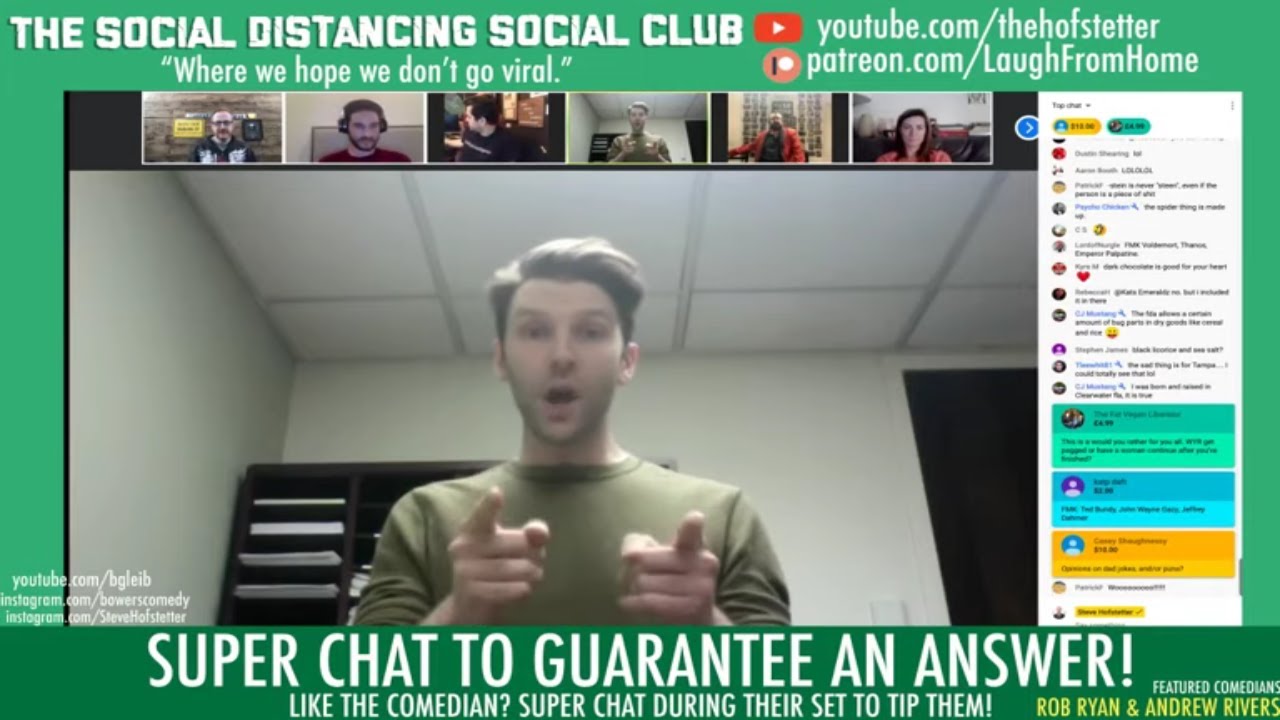