YORK, Pa. – Brian Waltersdorff has been strolling the aisles of Comic Store West here since 1986. He was the store’s first customer.

Fast forward 22 years, he found himself buying a portion of ownership into the store. This past January, he bought out his partners for sole ownership of his childhood comic book shop.

“First-year businesses always have problems. I didn’t think it would happen (here),” he said. “But here we are.”

Waltersdorff is one of several comic book shop owners across the country who are battling an unprecedented level of uncertainty caused by the coronavirus outbreak.

The restrictions on movement have been catastrophic for him – as they have for most small business owners. However, the comic book industry is navigating a different sea of change: their main supplier has completely shut down its distribution chain.

Branding during pandemic:Companies are changing their logos to promote social distancing and thwart the coronavirus

Necessity and inventions:How these entrepreneurs are adapting to a pandemic

Earlier this week, Diamond Comic Distributors announced it would shut down its distribution network for all new comics beginning April 1. Diamond is the sole distributor for nearly all major comic book publishers, including Marvel, DC, Image Comics, Boom! Comics and Dark Horse.

On Tuesday, Diamond-owned board game manufacturer Alliance also ceased delivery options until further notice, according to a statement from Diamond founder Steve Geppi.

“With these changes in our distribution strategy, we will work with our publishing partners to develop programs that will address product already in the pipeline and what will happen when we resume distribution,” Geppi said in a statement.

The disruption to the supply change has created another ripple on a growing tide of uncertainty.

“This could fundamentally change the industry,” Bryan Salerno of Jersey’s Comics & Cards in Hampton, Va. said. “Whatever you have on your shelves is all you have, long as this thing lasts.”

Salerno’s father started the family business out of a flea market stand in 1992. It’s been difficult to grapple with the reality of the situation, he said.

“This might be it … it is a little bit strange to see all of this go,” he said. “It’s hard to feel like this is unimportant when you love the industry and this (business) feeds the family.”

Salerno isn’t alone in understanding that a comic book store isn’t an essential business, but the reality that your livelihood is crumbling is a difficult pill for any small business owner to swallow. 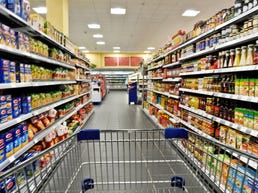 “Small businesses live and die on cash flow, and we’re not really sitting on a giant nest egg,” said Ned Senft, the co-owner of Comix Connection in York and Mechanicsburg, Pennsylvania. “We are all just struggling to figure it out as we go along.”

At the moment, his staff has begun direct mail orders for customers and subscribers. It’s a positive for the moment, but there’s no denying the decline in foot traffic. And the inability to host board game nights for popular games such as Dungeons & Dragons and Magic the Gathering, has also hurt business.

“If you’re a small business, you’re afraid,” he said.

Gaming nights have become a popular staple for comic book shops. With the restrictions on public gatherings, Senft and his staff have done their best to help keep friendships alive. They’ve created a channel for regulars on online chat service Discord, but the absence of a centralized gathering space will continue to be detrimental for his business.

At the moment, he’s pinning his hopes on loyalty and a bit of blind faith.

“(We’ve) been doing it for long time and built up goodwill in the community and, fingers crossed, hopefully that plays out,” he said. “When things go down, our business goes up because people are looking for entertainment.”

“Comic books are low-end entertainment and we could use some of that (right now),” said Dave Bishop of Big Bang Comics in Sewickley, Pa.

Since the outbreak, Bishop has had to lay off some of his staff. Just he and his wife are operating the business now. The physical store is closed and the pair are maintaining an online delivery service until they can open again.

He’s optimistic the store will bounce back in time to celebrate its 10-year anniversary in May – a month that is usually a relief for comic book stores. The national retail holiday, Free Comic Book Day, is the first Saturday in May.

It is historically, a massively successful day for comic book shops nationwide. This year, Free Comic Book Day has been postponed indefinitely.

It’s a decision several owners like Bishop and Senft believe is right, but it’s also telling of the potential problems the delay will cause for comic book shops.

Free Comic Book Day usually marks the beginning of new summer series, according to Matt Mardigale, owner of Kirby Comics in Hanover, Pa. With the delay, those series are going to be outdated.

“I don’t see us talking about new comics until July,” he said. “We’re at a major crossroads. We might see the end of new comic books.”

The decision by Diamond may force readers towards digital copies the longer restrictions and shutdowns last, Mardigale says. Both Diamond and publishers will need to look for a solution, but if this continues into the summer months, he expects at least half of comic book stores across the country will close.

“This could change the face of comics forever,” he said. “It is going to decimate us.”

Mardigale still believes the industry will endure as a whole. But shops – big and small – face a grim reality.

“I’m not worried about the comic book industry as a whole, except for stuff around the edges. The indies, that can’t get a foothold,” said Mike Zapcic, who has been working at Jay & Silent Bob’s Secret Stash in Red Bank, N.J. for more than 20 years.

Zapcic and the shop have gained national notoriety thanks to Kevin Smith and AMC’s hit TV series “Comic Book Men.” But that fame doesn’t mean they are exempt from the economic hits COVID-19 continues to dish out.

The store is closed to the public, but they are shipping orders for subscribers, about 75, Zapcic estimates. Additional merchandise is available for purchase online, but the lack of foot traffic is concerning.

With the rise of Marvel’s cinematic universe and graphic novel-inspired television series such as “The Umbrella Academy” and “The Walking Dead,” comic books have become a part of culture. And the comic book store is consequently a mecca for such geekdom.

“We have a lot of people who make pilgrimages here,” he said.

He’s candid that it may be too soon to wave the white flag; he’s aware that the Secret Stash’s chances to weather the storm are significantly better than your typical comic book shop.

“I have full faith in Kevin Smith. I don’t worry about that. I worry about other shops,” he said.

For the time being, all comic book shop owners can do is take a page from their own material.

“We have fear but we’re soldiering on,” Senft said. “We sell superhero stories and (we’re) trying to be heroic in all this.”