General Motors is working with the United Auto Workers to call in at least two dozen paid volunteers from its hourly workforce to make millions of face masks at its once-shuttered Warren Transmission plant in Michigan.

GM will start making the masks on Monday. By Wednesday, April 8, the first 20,000 face masks will roll off the line for distribution to offset a severe shortage of masks caused by the coronavirus pandemic.

“We have been working around the clock with our UAW and supplier partners to make this possible, and I’m so proud to stand with other companies and our skilled employees to fight this crisis together,” CEO Mary Barra wrote in a blog Tuesday morning.

Barra said the efforts made by other industries to fill the urgent need for face masks and ventilators is “striking a nerve because it’s about hope and support for each other during a time that can seem isolating and scary.”

The masks are level one, meaning they cannot be worn in surgery, but rather are worn by delivery people and others who keep the hospital and communities running.

GM is studying how to make surgical masks for medical personnel once it perfects level one mask production, Doran said.

“We are exploring how to produce N95 masks, the highest level filtration mask produced. We just aren’t there yet,” Doran told the Detroit Free Press, part of the USA TODAY Network. “The team felt the level one masks are something we could immediately get into production and start producing as fast as possible.”

The Warren Transmission plant has sat idled for about a year.

GM shuttered it when it announced plans in November 2018 to restructure the company by cutting some 4,000 salaried jobs and idling four U.S. plants, Warren being one of them.

But the plant hummed back to life again at 3 p.m. on March 20 when GM brought in an initial core team to figure out how to turn a former transmission plant into a medical face mask facility.

More than 30 engineers, designers, buyers and members of GM’s manufacturing team helped develop the product and find the machinery and materials, such as metal nose pieces, elastic straps and blown, non-woven fabric filter material, to make the masks. They also laid out a plan for the production process, Doran said.

Then they went to work “around the clock,” said Peter Thom, GM’s vice president of Global Manufacturing Engineering.

“Because we wanted to move fast, the team set an incredibly aggressive goal: To have the production line up and running tests within a week,” Thom said.

As GM’s team was redesigning the Warren facility and gathering materials, the automaker was simultaneously collaborating with suppliers to develop the machines to make the masks.

In just seven days, at 2:30 p.m. on March 27, GM’s first prototype mask rolled off the line on equipment that did not exist before.

“It was amazing to see how fast the team pulled it off,” Doran said, noting it would typically take about two months to retool a plant to build a new product and GM did the process in seven days.

“Not only did the team make their goal, but they over-delivered,” said Thom. “They actually beat our deadline, running the first mask through the equipment 30 minutes ahead of target.”

GM is refining the process. For one thing, the machine that takes the raw materials and cuts them and folds then into the face mask is incredibly fast, so fast that Doran said, “the rest of the line can’t keep up.

“We have engineers in the plant now to get the production speed up and move as fast as possible.”

Specifically, GM needs to improve the process of attaching the ear-loop straps to the masks and sterilization.

“On Sunday they were manually putting 10 masks in a bag and sealing it. That takes a long time,” said Doran. “We now have a machine that can speed up that packaging process significantly.”

GM made about 2,000 test-sample masks Monday to ensure the quality standards are met. 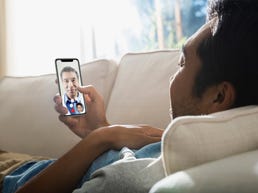 Doran did not know how much it was costing GM or its suppliers to retool and produce face masks, saying, “Peter Thom said to me, ‘Listen, this has moved so fast we have not followed our normal product purchasing procedures.'”

But Doran said GM is not doing this as a “for-profit exercise.”

“We haven’t worked out as to how we’re going to distribute these and to whom,” Doran said. “But we want to do the right thing and get these to the people who need them in these ludicrously complicated times.”

Doran said when GM gets enough hand-raisers to start production, there won’t be a lot of training required on how to make the masks. Most of the new training will center on added safety protocols.

“We’ll have additional safety protocols in place to make our team safe and comfortable. But making masks is not as complicated as making transmissions, so it’ll be a quick training process,” said Doran. “Once we get people in place, we can refine that process too.”