Each evokes memories of the golden age of video games, which brought the first wave of consoles you could connect to your home television.

But there’s an oft-forgotten person from that era whose contributions to the industry still resonate today: a black engineer named Jerry Lawson.

Lawson oversaw the creation of the Channel F, the first video game console with interchangeable game cartridges – something the first Atari and Magnavox Odyssey systems did not use.

Those initial consoles had a selection of games hardwired into the console itself.  But Lawson, an engineer and designer at Fairchild Camera and Instrument Corp., led a team at the Silicon Valley semiconductor maker charged with creating a game system using Fairchild’s F8 microprocessor and storing games on cartridges.

“A lot of people in the industry swore that a microprocessor couldn’t be used in video games and I knew better,” Lawson said during a speech at the 2005 Classic Gaming Expo in San Francisco posted on YouTube.

The Fairchild Video Entertainment System, later named the Channel F (for “Fun”), which began selling in 1976, had games such as hockey, tennis, blackjack and a maze game that foreshadowed Pac-Man.

Before Atari, there was Channel F

The console beat the Atari 2600 to market by one year. But Atari’s name recognition and marketing heft basically pushed the Channel F into video game history obscurity. The system would sell about 250,000 units while the Atari 2600, which would get hits such as “Space Invaders” and “Asteroids,” would go on to sell about 30 million units.

Regardless, the Channel F established the concept of console that could play an unlimited number of games, the foundation for today’s global video game market, which is projected to surpass $160 billion in 2020, according to research firm Newzoo.

Lawson, who died in 2011 at the age of 70 due to complications of diabetes, “literally created an industry that is bigger than the movie industry,” said John William Templeton, executive producer of curriculum and content for ReUNION: Education-Arts-Heritage, which creates programming for schools.

How Jerry Lawson got into games

A groundbreaker as one of the few African-American engineers in the industry at the time, Lawson grew up in Queens, New York. He was a lifelong inventor who attended college but did not earn a college degree, according to his obituary in The New York Times. As a teen, he made money by repairing televisions.

After he moved to the Bay Area and was working at Fairchild, Lawson belonged to a home inventors club that included Steve Jobs and Steve Wozniak; the pair would go on to found Apple. Lawson also built his own coin-operated arcade game called “Demolition Derby” in his garage, which led the company to ask him to focus on games, according to an interview in 2009 with Vintage Computing and Gaming.

When he left Fairchild, Lawson founded his own video game company, Videosoft, which created games for the Atari 2600 and made some of the first 3-D games. But he closed the company during the video game crash of the mid-1980s.

Lawson got some recognition before he died. He was included in the 2009 documentary, “Freedom Riders of the Cutting Edge,” produced by Templeton, who had served as editor of the San Jose Business Journal from 1987 to 1989.

Soon after that, Templeton mentioned Lawson to Joseph Saulter, chairman of the International Game Developers Association’s diversity advisory board. “I just said to him, ‘Well, you know the person who did the first video game console was black.’ He just literally stopped in his tracks,” Templeton said. “I just interviewed him I can bring him over and have him speak to folks.”

As a result, Lawson was invited to a Blacks in Gaming gathering at the Game Developers Conference in San Francisco in 2011. “The most important part of it was that there were maybe 70 or so black developers there listening to him,” Templeton said. “It was just extremely emotional for them because for their entire lives, their professional lives, they had been feeling like outsiders and, then they (could say), ‘Hey, wait a minute, somebody who looks like me started the whole thing’.”

Gordon Bellamy, who at the time was the IGDA’s executive director, recalled how the event helped younger African-Americans working in video games embrace “our reality, to learn and value and celebrate the very history of how our careers were built on (Lawson’s legacy),” he said.

In the early ’90s, Bellamy was one of the few African-Americans working in video games and he rose to become a lead designer on Electronic Arts’ John Madden Football franchise. “We are a continuation of a history,” said Bellamy, who seven years later got an IGDA lifetime achievement award named after Lawson.

Meeting Lawson, he said, “was great and obviously for me resonant. I think for him it was his first time seeing his legacy live on not only in the recognition of his work but in all of us existing in the craft.”

“As I reflect on it, I was an engineer myself coming out of school,” said Bellamy, who is currently a visiting scholar at the University of Southern California and president of Gay Gaming Professionals. “I am just so thankful for his contributions that afforded me my career.”

His place in video game history

An exhibit of Lawson’s handiwork is on permanent display at The World Video Game Hall of Fame at The Strong National Museum of Play in Rochester, New York. There, you can see the Channel F game system and some of Videosoft’s games. The museum has Lawson’s papers in its archive, too. Lawson and the Channel F game system are also included in A History of Video Games in 64 Objects, a book published by the museum in 2018.

Among the museum’s missions: bringing to light the contributions of minorities and women in the video game industry. Lawson’s contributions counter a lack of representation of black game developers in the industry, said Jeremy Saucier, an assistant vice president for interpretation and electronic games at the museum.

“The major figures often tend to be white men,” Saucier said. “We really want to get the history right and tell a more inclusive history than the meta-narrative that we have stuck with in the past.”

It’s not you, it’s them:Google, Alexa and Siri may answer even if you haven’t called 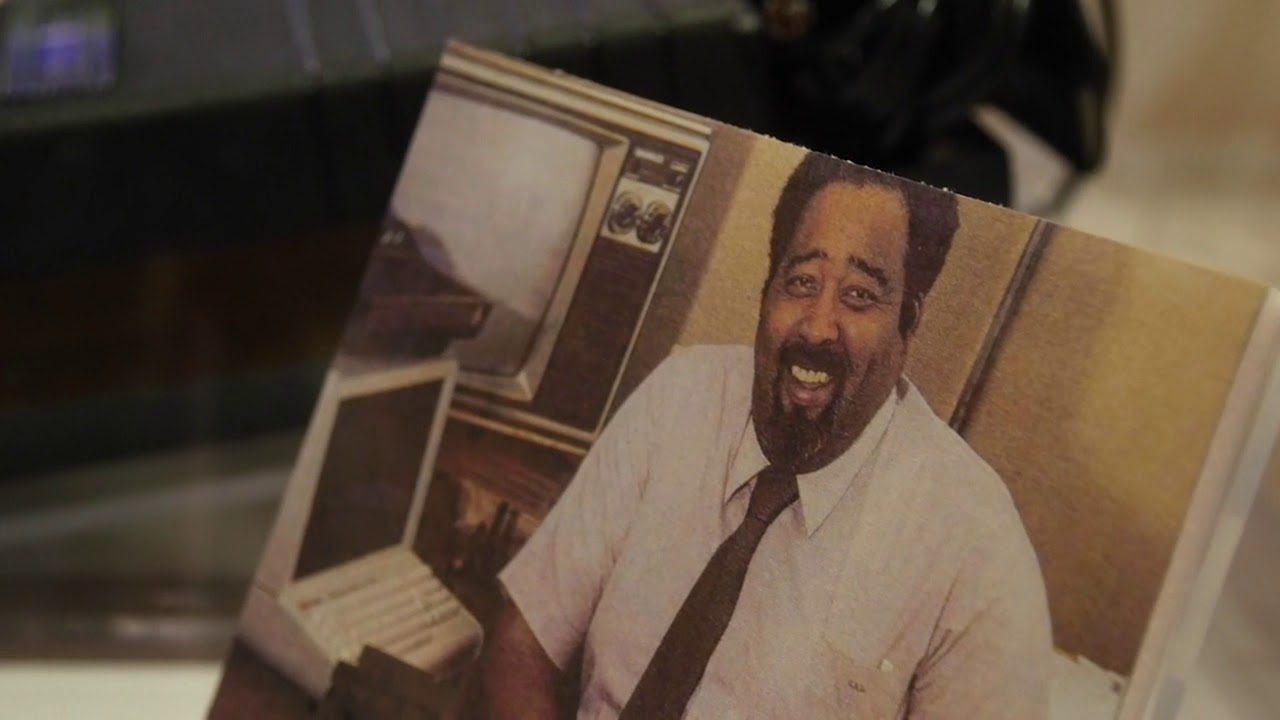 The creation of the Channel F system by Lawsons’s team at Fairchild was “an achievement (that) ends up completely changing what was at the time a really burgeoning video game industry,” he said. “It laid that groundwork for the business model of the industry, the razor blade model, of (putting) a console in the hand of consumer for a low profit or loss and make much higher profits on all these individual games.”

As he aged, Lawson became upset with how video games glorified violence. “Most of the games that are out now – I’m appalled by them,” he told Vintage Computing and Gaming. “They’re all scenario games considered with shooting somebody and killing somebody. To me, a game should be something like a skill you should develop – if you play this game, you walk away with something of value. That’s what a game is to me.”

Lawson’s story is told almost daily still. Templeton co-produced (with William Hammons II) another documentary, “A Great Day in Gaming: the Gerald Anderson Lawson Story” in 2011 and it is shown in schools that participate in the ReUNION network.

As he works with children in Brooklyn and Queens, Templeton says he often evokes Lawson’s career, “as an example of how they can be creators and not just consumers.”