When you get your stimulus check and how much you get depend on several factors.

Throwing around the term ‘socialism’ as an evil system misses the point about the essential role of government in a crisis like the coronavirus.

President Donald Trump and his Republican allies are demonizing presumptive Democratic opponent Joe Biden as a left-wing socialist who would propel big government to take over our free enterprise system at the expense of our prosperity and freedom. When Biden was endorsed Monday by Sen. Bernie Sanders, who actually is a self-described democratic socialist, Trump campaign manager Brad Parscale called it “further proof that … Biden had to adopt most of Bernie’s agenda to be successful in the Democrat primaries.”

Well, guess what? Trump has adopted much of Sanders’ agenda as well.

The coronavirus pandemic has prompted him to embrace the biggest economic role for the U.S. government since World War II to keep the economy from collapsing. And if the health crisis continues much longer, the federal government’s management of the economy will reach unprecedented levels comparable to, that’s right, socialist governments in Europe.

Trillions approved and more to come

As private spending and lending nosedive because of stay-at-home orders nationwide, Washington is filling the void. The Federal Reserve is paying banks an astonishing estimated $5.5 trillion to stabilize the financial system, help struggling states and cities and encourage banks to make emergency loans to keep shuttered businesses from going bankrupt. And Congress has approved $2.3 trillion in emergency relief on top of its 2020 budget of $4.8 trillion. Talks already are underway for another relief package in the hundreds of billions of dollars. So Uncle Sam is committing to spend $7.1 trillion with more to come.

Many economists predict that the continuation of the coronavirus crisis will shrink the $21.7 trillion U.S. economy by as much as a third, or $7 trillion, this year. That makes the math jaw-dropping: In a $14 trillion economy, the federal government will account for more than half of all spending for the first time in the nation’s history. And that doesn’t even count the spending of state and local governments, which in 2017 accounted for 13.8% of gross domestic product.

4 union leaders: Coronavirus is a stress test for capitalism, and we see encouraging signs

We are now in the same company as countries such as France, Finland and Denmark, whose big-spending governments have a tradition of government-run health care, largely free higher education, generous worker safety nets, and subsidies for airlines and other critical industries.

Consider some of the ways the massive relief bill interjects government control over our economy:

►The government is making direct payments to families and (to prevent employee layoffs) to businesses as well —mirroring the socialist safety net policies common throughout Europe.

►The Treasury and Federal Reserve have established guidelines and funds to force private banks to make emergency loans to companies facing bankruptcy. 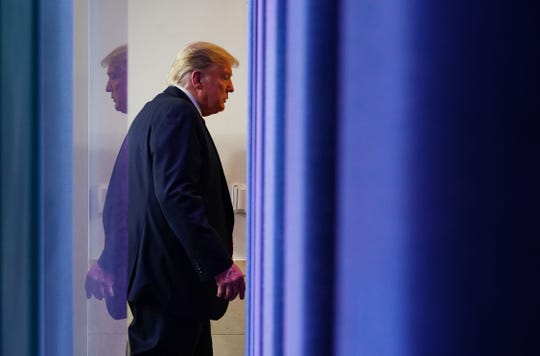 ►In return for multibillion dollar grants to beleaguered airlines, the government is setting rules that limit airline executives’ pay and is expected to insist on special stock that makes it a part owner of the airlines.

►Companies getting government loans would be barred from using the funds to buy back their own stock. After benefiting from a tax cut in 2017, U.S. companies spent a record $806 billion in 2018 and were estimated to spend $710 billion in 2019 to purchase their own stock rather than use the money to invest in their business, reward workers or save money for emergencies such as this one. Stock buybacks increased share prices, which meant more wealth for shareholders and executives who received shares as bonuses. Workers got meager raises.

►The federal government is playing a greater role in our health care system with grants to hospitals to pay for virus victims who lack insurance or are underinsured. It’s an ad hoc move toward Sanders’ “Medicare for All” proposal that Trump says is too extreme and expensive.

Government is vital in health crisis

These all seem like sensible and absolutely necessary policies to stabilize our economy when we face a wartime mobilization to combat a virulent virus rather than a hostile nation. Politicians from the left to the right have embraced them with nary an objection.

Ex-GOPer on Trump coronavirus failures: Our lives depend on electing Joe Biden

There’s an important lesson in this for us: Throwing around the term “socialism” as an evil system misses the point about the essential role of government in a crisis. We are not in danger of moving toward the kind of totalitarian socialism practiced in North Korea, where a tyrannical government controls all economic activity, or in China, where private enterprise can flourish only under tightly controlled supervision by the central government.

Rather, socialist-leaning policies in a democratic society can be popular and beneficial — not just in emergency times — if they have the support of the majority of the population. Polls in the United States consistently show a consensus for universal health care coverage, free college education and a stronger safety net for workers.

This health crisis reminds us that big government is the last resort to save our economy and free-enterprise system. Let’s remember that the next time a Trump tweet demonizes “socialism.”

Owen Ullmann, a former senior editor at USA TODAY, is executive editor of The International Economy magazine. He has covered economics since the 1970s. Follow him on Twitter: @OUllmann